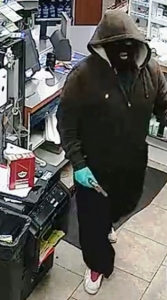 The robbery occurred on Tuesday, Jan. 7 at a Parker’s on the 10500 block of Abercorn Street.

Metro officers responded to the store at about 3:30 a.m. Reportedly, two suspects entered 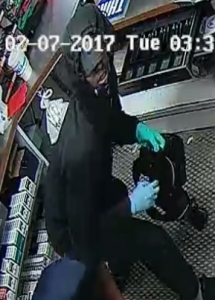 the gas station. One suspect pointed a gun at a store employee demanding cash. The employee complied as the second suspect took cash and various items from the counter. The suspects ran out of the store in an unknown direction. No injuries were reported.

The first suspect is described as a black male standing 6-1 and weighing approximately 230 pounds. During the incident he wore a black hooded jacket, a black face covering and black pants.

The second suspect is described as a black male standing 5-8 to 5-9 with a slim build. During the incident he wore a black hooded jacket, a partial face covering and dark pants.

Any information regarding the suspects’ identities should be forwarded to the SCMPD tip line at (912) 525-3124.