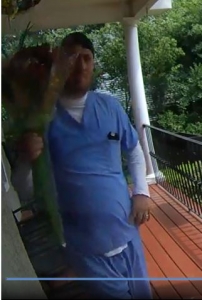 On Wednesday, June 28 at around 12:30 p.m., Metro officers responded to a residence on Grimball Point Road in 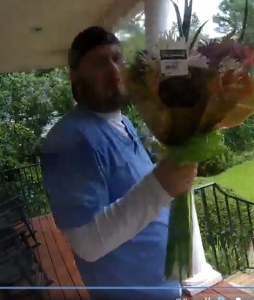 reference to a check subject complaint. Reportedly, the male suspect approached the residence with flowers and balloons in hand and began looking into the windows of the residence. Once the suspect noticed the exterior security camera, he walked away with the flowers blocking his face.

The suspect is described as a white male in his mid-20s to early 30s, standing 6-feet-tall and weighing around 160 pounds. During the incident, he wore a blue baseball cap turned backwards, a t-shirt with a white long sleeve shirt underneath and blue pants.

Anyone with information on the suspect’s identity can call 911. A confidential tip line is also open directly to Islands Precinct detectives at (912) 525-2355.