UPDATE: Savannah-Chatham Metropolitan Police Department Violent Crimes detectives have identified the victim of a fatal domestic shooting that occurred at approximately 6:30 p.m., July 13, in the 900 block of West 52nd Street.

Shanelle Shellman, 27, suffered a fatal gunshot wound and was pronounced deceased at the scene by the coroner. Her husband, Isaac Shellman, 34, was found suffering an apparent self-inflected gunshot wound. He was transported to Memorial University Medical Center, where he remains in critical condition. 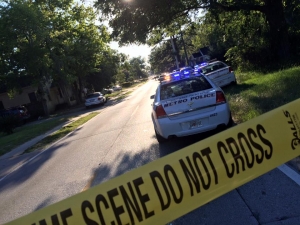 One person is dead and the second is in critical condition following the domestic shooting inside a residence. The names of the victims are being withheld pending next of kin notification.

This case remains under investigation. Anyone with additional information about this case should contact SCMPD. You can call 911 or the SCMPD tip line. The tip line is open directly to investigators by dialing (912) 525-3124.