A suspect in the homicide has been identified and an arrest warrant has been obtained for Johnathan Maurice Gibbs, 18. Gibbs is described as a black male, 5 feet 5 inches tall, weighing approximately 130 pounds and is considered to be armed and dangerous.

Anyone with information on this case or knowledge of Gibbs location, should call 911 or call CrimeStoppers at (912) 234-2020 or text CRIMES (274637) using the keyword CSTOP2020. Tipsters remain anonymous and may qualify for a cash reward. 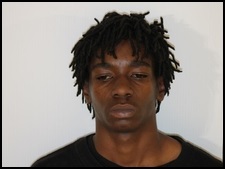