Chief Joseph H. Lumpkin honored six groups of officers and civilian staff with the Unit-Teamwork Citation. “None of us can do this without others. Teamwork is a very important element of what we do,” Chief Lumpkin said. “I extend a special thanks to the officers and civilians here today for their willingness to do a tough job.”

The Budget Office was recognized for orchestrating support and supplies for the annual St. Patrick’s Day festival. They were also commended for providing the logistical support needed to hire a record 136 officers in 2016. Karen Williams, Cherquila Hicks, and Vernell Mitchell received the award.

Also at today’s ceremony, all officers who worked during Hurricane Matthew were awarded with a Hurricane pin. These pins acknowledge the hard work and sacrifice made by SCMPD officers during the storm, as they worked tirelessly to keep the community safe.

The teamwork displayed by these officers and civilians illustrates their commitment both to SCMPD and to improving the safety of the City and County. “Effective teamwork and communication are essential for the safety of our community,” Chief Lumpkin said. 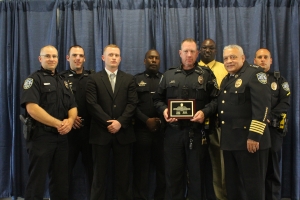 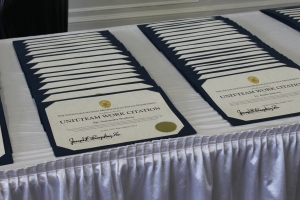 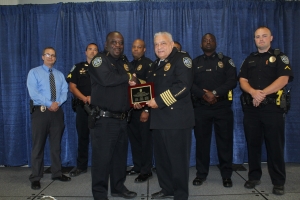