The man came into the bank waving a gun in the air about 10:45 a.m. and demanded cash. After receiving money from the tellers, he left the scene in a silver 2000s model Toyota Corolla. SCMPD and the Federal Bureau of Investigation are jointly investigating the incident.

The subject was described as a slender black male who is about 5-foot-6. He was wearing a blue hoodie, which was pulled up over the bottom portion of his face, with a plaid flannel shirt underneath, as well as jeans and latex gloves.

Anyone with information on the subject should contact police. A confidential tip line to investigators is open at (912) 525-3124. Anyone who wishes to provide information anonymously can also call CrimeStoppers at (912) 234-2020. CrimeStoppers tipsters may qualify for a cash reward. 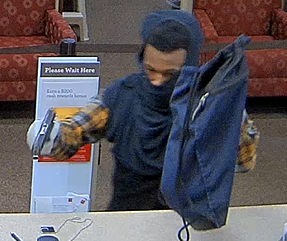 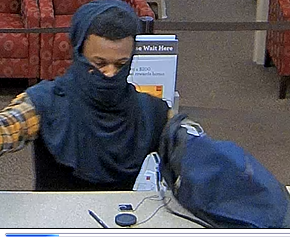