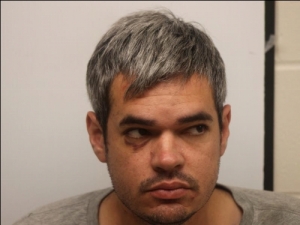 Anthony Gomez, 28, was arrested for shoplifting at a downtown clothing store on the 200 block of Broughton Street. After the suspect left the store, a citizen notified Metro of the suspect’s whereabouts. Police tracked Gomez’s location and found him along with the store’s logo bag. The bag contained hundreds of dollars’ worth of merchandise inside.

During the investigation, investigators recovered several hundred dollars’ worth of jewelry from a different downtown retailer also located on the 200 block of Broughton Street. Metro returned all merchandise to the retailers.

Gomez is charged with two felony counts of theft by shoplifting. He has been arrested four times since April on shoplifting charges.

This is an ongoing SCMPD investigation.