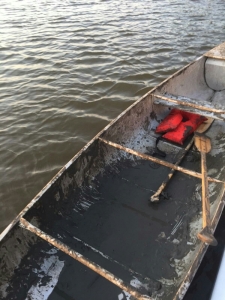 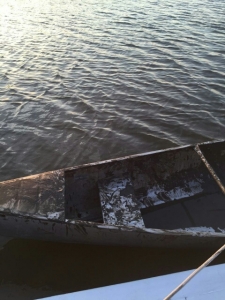 SAVANNAH, GA (June 25, 2016): The Savannah-Chatham Metropolitan Police Department’s Marine Patrol Division is investigating an aluminum canoe that was found unoccupied at approximately 7:30 p.m., June 24, in a creek off of the Skidaway River.

The vessel was located near the Wormsloe dock and appears that the occupants were stuck in mud at low tide and abandoned the boat.

Marine Patrol officers are asking the public’s help in identifying the canoe and whether or not the owners may be missing as well.