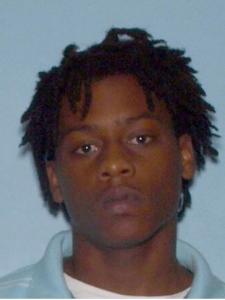 SAVANNAH, GA (Sept. 9, 2014): Savannah-Chatham Metropolitan Police continue to request the public’s help in locating a Savannah man charged in the shooting death of a 17-year-old teen in  the Carver Village last area Aug. 16.

Jo’Andre Robbins, 18, has been charged with the murder of Wayne Edwards in a parked car on the 1200 block of Elliott Street.

Robbins is described as a black male, about 5-7, 170 pounds. He is known to frequent the Carver Village area where he lives and west Savannah neighborhoods.

Anyone with information on his location or the shooting is asked to call Crimestoppers at (912) 234-2020 or text CRIMES (274637) using the keyword CSTOP2020. Tipsters remain anonymous and may qualify for a cash reward.