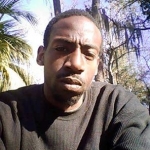 Have you seen Christopher Bryan?

On Nov. 19th investigators located the illegal automobile dismantling and parts distribution facility behind a West 54th Street residence, near a home where Bryan once lived. Four stolen vehicles and a large stolen trailer were found. Investigators believe the facility operated for at least four months. Detectives are working to determine whether Bryan started another illegal chop shop.

Bryan is a black male with a medium brown complexion, standing 5-9 and weighing roughly 150 pounds. Bryan is known to frequent Yamacraw Village. He may be driving a black Ford F150 with a tan or silver bottom.

Anyone with information on this investigation or on Bryan’s location should call CrimeStoppers at (912) 234-2020 or text CRIMES (274637) using the keyword CSTOP2020. Tipsters remain anonymous and may qualify for a cash reward.