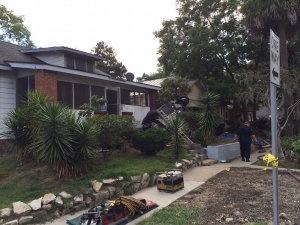 The passenger in the vehicle, Shannon Bailey, 36, died at the scene. The driver, Bradley Fehrle, 35, was taken to Memorial University Medical Center with life-threatening injuries.

Fehrle was driving eastbound on East Anderson Street in a 2012 Volkswagen CC Sport at a high rate of speed when he lost control of the vehicle. Fehrle did not regain control and ended up spinning and leaving the road way. Once he left the road way the vehicle rolled onto its side and continued until it hit a house.

Savannah Fire and SCMPD responded to the scene. The exact cause of the crash remains under investigation by MAIT.