SAVANNAH, GA (January 29, 2018) – The family of Damon Card, who was fatally shot on Jan. 29, 2016, as well as a Metro Violent Crimes detective gathered on the anniversary of his death to plea with the public to come forward with information. 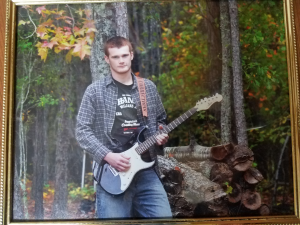 Damon Card, pictured in her senior photo, was fatally shot on Jan. 29, 2016. The case remains unsolved.

“We just want to encourage anyone who has information on this case to come forward,” Sgt. Robert Santoro said at an afternoon press conference at SCMPD Headquarters. “This is still an open and active investigation.”

Card, 22, and another 22-year-old male were shot at a residence in the 100 block of Paradise Drive about 11:15 p.m. Both were transported to Memorial Medical Center where Card died as a result of his wounds. The other man’s injuries were non-life-threatening.

Detectives were searching for a white late-90s to early-2000s model sedan.

“He was just starting on his life and it was taken away”” said his mother Pam Card, who was wearing a T-shirt with a self-portrait of her son that was left unfinished when he died.

Card’s family does not live in the area but traveled to Savannah on the anniversary of his death to honor his memory and to ask the public to come forward with information. The family said Card was a gifted musician, artist and athlete who had just started a job in Savannah.

“I’m not going to give up. I’ll be back every 29th of January,” his father Danny Card said. 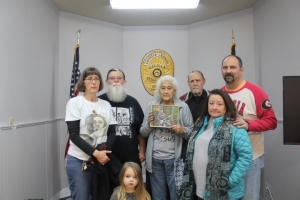 The Card family visited SCMPD Headquarters on Jan. 29, two years after his death, to ask the public for assistance in solving the case.