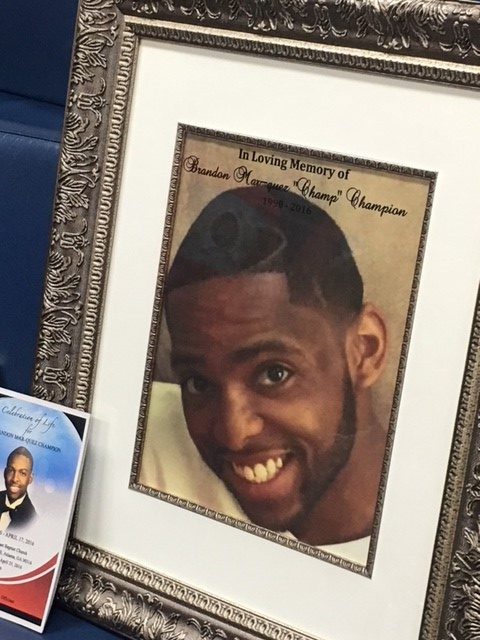 SAVANNAH, GA (April 13, 2018) – Savannah Police detectives and the family of Brandon Champion are still trying to figure out what happened the night he was fatally wounded nearly two years ago while visiting from Atlanta.

Champion, 25, of Atlanta, was visiting the Savannah-area for Orange Crush when he was shot in the early morning hours of April 17, 2016. Officers responded to a report of an injured man on the shoulder of Truman Parkway near Montgomery Cross Road and discovered Champion with gunshot wounds. He soon died as a result of those injuries.

Detectives do not believe there is a link between the Orange Crush event and the circumstances that led to the shooting.

“Anybody with information should come forward,” said Violent Crimes Detective Jacob Schroyer. “We know there were a lot of people from out of town, surrounding counties and even other states, especially from the Atlanta area (that were here for Orange Crush). This year it’s scheduled for April 19-22 so we want to get the word out and see if we can have anyone come forward with information in this case.”

Champions’ parents, siblings and aunts came to Savannah today to make an additional plea with the public for information. His mother and father said not a day goes by that they don’t wonder what happened to their son on that trip.

“My son had never been to Savannah to the best of my knowledge,” Alvin Champion said. “For him to come down here with some friends and not come home, that’s a hurting feeling. You’ll lose a brother or sister or mom or dad, but when you lose a child, it’s a different animal.”

Champion left behind a 3-year-old daughter, also named Brandon. They hope to one day be able to explain to her what happened to her father.

“We can’t replace him, but if we can get some justice – just some type of justice – that will help us. It’ll help all of us,” his aunt Regina Ray said.

Anyone with information is asked to contact the Savannah Police detective tip line at (912) 525-3124. Information can also be forwarded to CrimeStoppers at (912) 234-2020. Tipsters remain anonymous and may qualify for a cash reward.