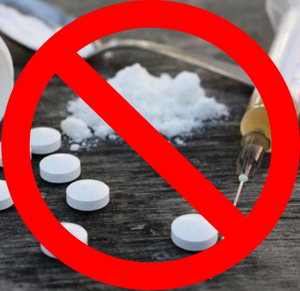 SAVANNAH, GA (February 7, 2017) –The Savannah Chatham Metropolitan Police Department’s Criminal Investigation Division has investigated an unusually high number of deaths in 2017, believed to be the result of illegal drug overdoses.

At least six deaths have been investigated as “probable overdose” since the first of the year. The investigations into the deaths were initiated due to evidence located at the scenes and/or witness statements.

Typically SCMPD investigators respond to no more than one or two accidental drug overdoses a month.

Currently there is no evidence that suggests one particular drug has contributed to the apparent drug overdoses. Drugs found at the scene range from heroin, cocaine and prescription drugs.

“We want to alert our citizens of the dangers of illegal drugs. We are also asking parents, spouses, other family members, and friends of known drug users to help us share the message of the danger of taking illegal drugs and illegal prescription drugs. Often these drugs are laced with synthetic opioids, making the drug even more dangerous,” said Police Chief Joseph H. Lumpkin, Sr.

Metro Police have shared the concerns of the investigations with the Chatham-Savannah Counter Narcotics Team in an effort to identify any abnormalities and for intelligence purposes.

Drug overdoses are on the rise in cities across the United States, largely due to overdoses linked to synthetic opioids such as fentanyl and carfentanil, an elephant tranquilizer.