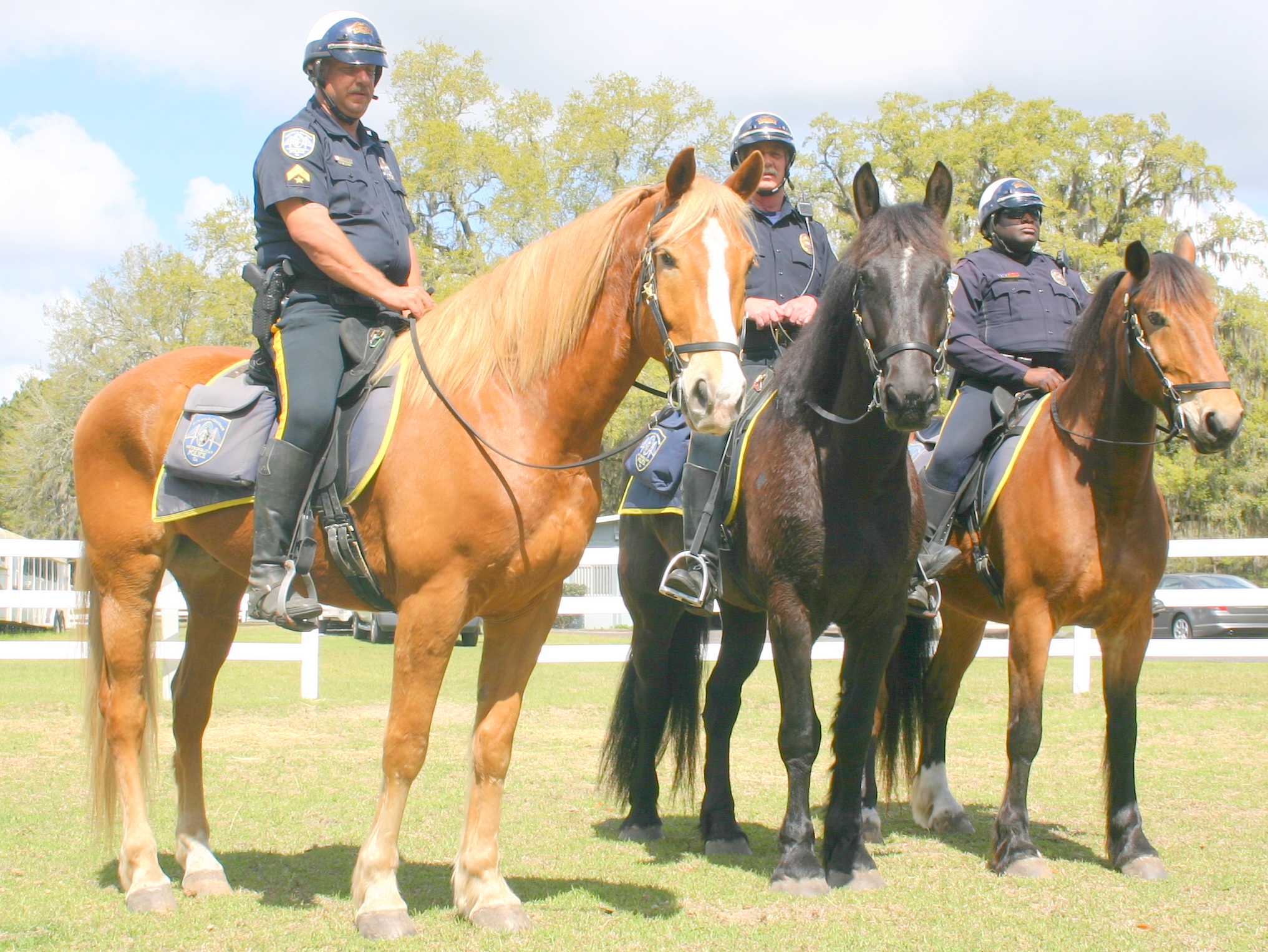 SAVANNAH, GA (April 17, 2013): The Mounted Patrol Unit of the Savannah-Chatham Metropolitan Police Department has almost doubled in horses, thanks to the discontinuation of a similar unit in Forsyth County.

The mounts brought the number of horses in the SCMPD unit to nine and prompted the addition of one officer bringing that number to six.

In addition, the Forsyth County Sheriff’s Office sold SCMPD a trailer capable of hauling four of the mounts.

Police Chief Willie Lovett said the additions will present opportunities to expand the use and presence of the mounted patrol.

“Mounted officers have a commanding presence in specific instances that are invaluable to police work and they have a calming effect in others,” Lovett said. “We have grown to appreciate their abilities in huge crowds, such as the St. Patrick’s Day Festival. And their patrol in neighborhoods is never overlooked by the residents there. Everyone is fully aware their neighborhood is being patrolled when the officer is on horseback.

“We are extremely grateful to Forsyth Sheriff Duane Piper and his department.”

Sgt. Eugene Lawhorn, who leads the unit, says the extra mounts can be helpful in allowing horses to be rotated on successive days of patrol. They also allowed the expansion of the unit to six.