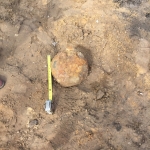 At about 10 a.m., Metro responded to the site after the excavation team notified police upon unearthing what they believe to be a fully intact can 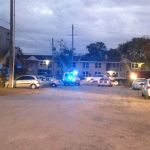 nonball. Upon arrival, the SCMPD Bomb Squad began taking measures to secure the area. SCMPD immediately notified military EOD. Together, the agencies determined that the device was indeed a cannonball that posed a threat to citizens.

Military EOD deemed the device unsafe to transport and identified a required evacuation distance in compliance with the Environmental Protection Agency’s (EPA) ordinance. SCMPD begin taking measures to evacuate vehicles and pedestrians from impacted parts of Downtown Savannah. Eagle 1 was deployed to verify that motorists and pedestrians cleared the area. 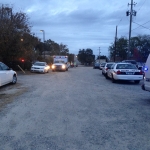 At about 5:30 p.m. after appropriate safety measures were taken, Military EOD initiated a controlled explosion to destroy the cannonball, in compliance with EPA orders. The device was safely destroyed with no reports of injuries.

Military EOD took the lead in disposal of the cannonball. SCMPD’s Patrol and Criminal Investigations divisions, the Bomb Squad, Eagle 1 and the Traffic Unit responded to the scene. Savannah Fire and EMS also responded.