SAVANNAH, GA (August 27, 2012) Crime Suppression Unit officers from the Central Precinct arrested Michael Passmore this morning in a continuation of a warrant sweep in the Cuyler-Brownsville neighborhood.

Passmore has been charged with being a party to the crime of armed robbery and two counts of the sale of cocaine. Still at large are Travis Young, Edward Singleton, Victor Holloway, Willie Lee Smith and Maurice Ruff.

The sweep, begun last Thursday, capped an eight-month investigation by the Savannah Area Regional Gun Enforcement (SARGE) Task Force which is composed of SCMPD and Agents from the Bureau of Alcohol, Tobacco, Firearms and Explosives (ATF) with special assistance from SCMPD’s Central Precinct Crime Suppression Unit. More arrests are expected in the near future.

Six men in the Cuyler-Brownsville area were arrested on the first day of the sweep last Thursday. They were Cedric Reynolds, Michael Griffin, Antonio Mitchell, Dominique Bostic and Rasheen Lawrence. CNT agents also arrested Derrick Bernard McRae in conjunction with the sweep. He is charged with the sale of controlled substances. 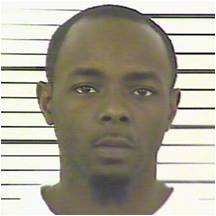