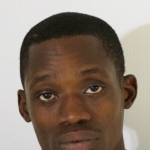 The sweeps followed an eight-month investigation by the Tactical Investigations Unit (TIU) of the Central Precinct of the Savannah-Chatham Metropolitan Police Department. The investigation was expedited into Thursday’s sweep by the shooting of a man in the area on Tuesday.

Dominic Manwell Williams of the 1100 block of East 33rd Street was charged with three counts of possession of a firearm by a convicted felon and one count of reckless conduct for Tuesday’s shooting.

He was arrested in the first warrant service about 2 p.m. by TIU, Crime Suppression Units from the Central, Southside and Islands precincts, Metro Canine, Criminal Investigations and SWAT officers and agents from the federal Bureau of Alcohol, Tobacco and Firearms. Williams fought with officers and was arrested after being bitten by a canine officer.

Two women arrested in the second sweep included Deiondra Donnika Roberts, 22, two counts each of conspiracy to violated the Georgia Controlled Substance Act and sale of marijuana; and Jacari Rashidah Roberts, 18, possession of marijuana with intent to distribute.

Weapons and illegal drugs were seized in the raids on three houses in the 1100 and 1200 blocks of East 33rd.

TIU agents had been investigating drug sales in the area after being alerted by neighbors before April but the decision to expedite to arrests was made after a man was grazed by a bullet fired into his vehicle on Tuesday afternoon.

“We had been observing increased shootings and robberies in the area and those crimes traditionally accompany drug sales,” said Central Precinct Capt. DeVonn Adams. “We felt we needed to move quickly to stop a possible escalation of crime by the subjects of the investigation before someone became seriously hurt.

Investigations into Tuesday’s shooting and criminal activity identified by TIU’s operation by both TIU and the Metro Criminal Investigations Division are continuing and additional charges may follow.