SAVANNAH, GA (June 15, 2012) Central Precinct officers of the Savannah-Chatham Metropolitan Police Department again took to the street to hold their afternoon shift roll call in an ongoing effort to interact with residents and businesspeople.

Capt. DeVonn Adams took his officers to Habersham Village to issues the orders of the day, accompanied by a police helicopter, two motorcycles, the SCMPD Mobile Command Center, a city alderman and members of the public and media.

District 4 Alderwoman Mary Ellen Sprague addressed the assembled officers, recognized them for their efforts and thanked them on behalf of the community.

The idea is to show residents the type resources that are being assigned to patrol their areas and keep them safe. It is part of Adams’ “All Hands on Deck” operation to expand resources in the precinct during the summer months when crime traditionally rises.

Adams plans to move the roll call to different neighborhoods each week. 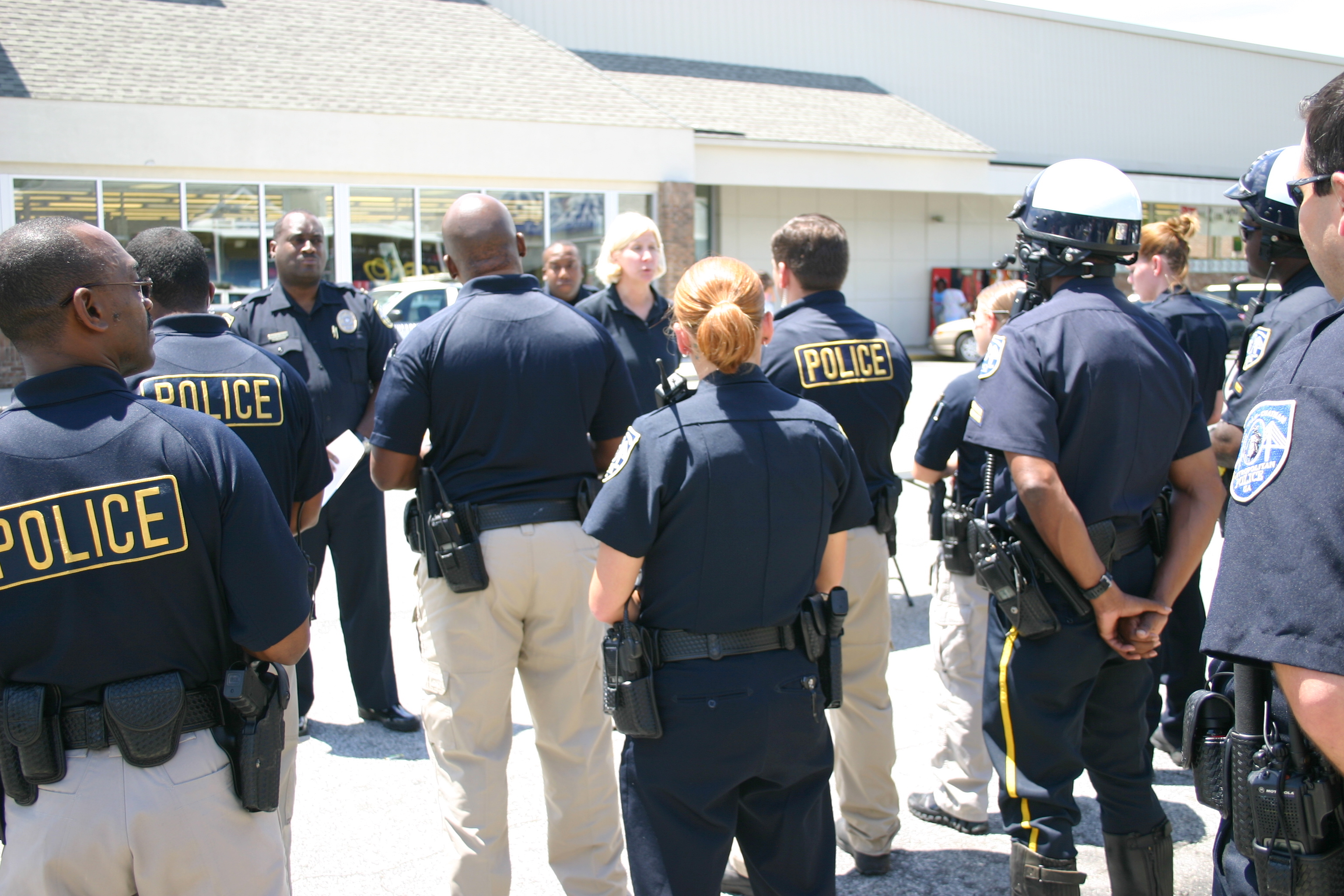 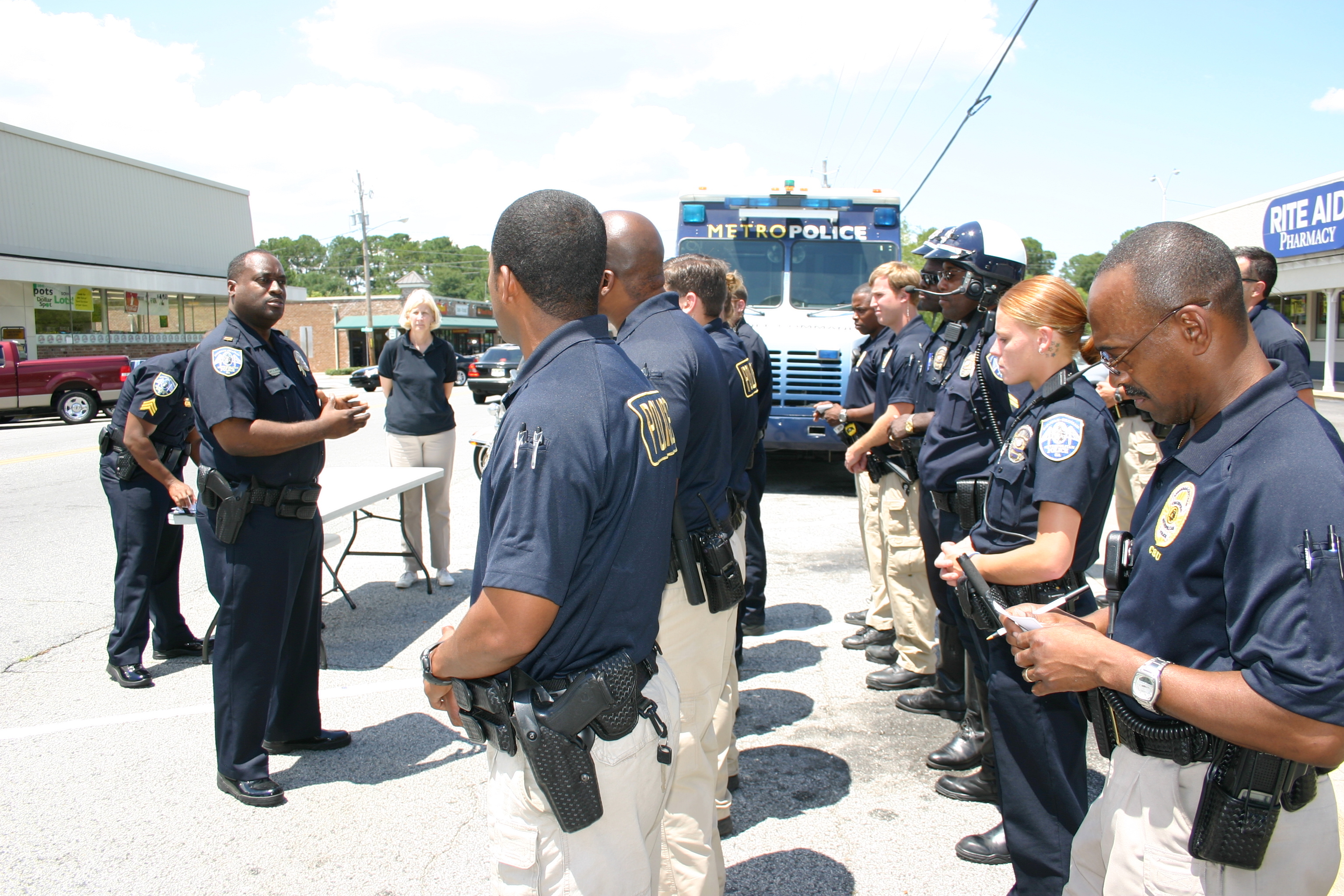