SAVANNAH, GA (January 31, 2017): Investigators with the Savannah-Chatham Metropolitan Police Department have charged a man for the 2015 murder of Lawrence Bryan IV. 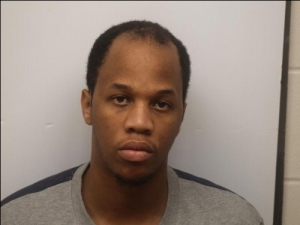 Timone Maurice Hooper, 25, was served with his arrest warrant on Tuesday afternoon at the Federal Correctional Institute in Jesup, Ga.

SCMPD detectives have worked closely with the Chatham County District Attorney’s Office during this lengthy investigation.

Sgt. Robert Santoro is the lead detective on this case and now supervises a team of detectives in the Violent Crimes Unit. “Not all cases can be solved quickly,” said Santoro. “I work with an office full of detectives who are dedicated to their cases and to the victims. We want the families to know we never give up.”