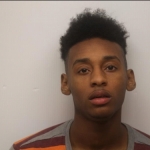 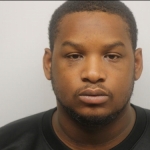 UPDATE: Shacqueal Yves Omar Sanders, 22, turned himself in at the Chatham County Detention Center the night of Friday, March 18. Sanders was arrested without incident and charged with murder.

SAVANNAH, GA. (March 15, 2016): With assistance from the Southeast Regional Fugitive Task Force, Savannah-Chatham Metropolitan Police Department’s Violent Crimes detectives arrested Henry Speaks, 24, of Savannah, charging him with the 2015 murder of James Pastures, 34. Investigators have also identified the second murder suspect in this case as Shacqueal Yves Omar Sanders, 22, and ask the public’s help in locating him.

Tuesday, March 15,  Speaks was arrested during a warrant service at a residence on the 200 block of Wilder Drive. He is charged with murder.

Sanders also is charged with murder, and is considered armed and dangerous. Individuals with knowledge of his whereabouts should call 911 immediately.

Sanders is descried a black male with a light brown complexion.  He stands 5-9 and weighs 140. He frequents parts of east Savannah and is known among members of Savannah’s rap music scene.