SAVANNAH, GA (January 28, 2022) – Today, the Savannah Police Department gathered to celebrate the promotion and graduation of officers at a ceremony at the Savannah Cultural Arts Center.

With smiling faces, 15 officers were officially inducted into the Savannah Police Department and ceremoniously pinned with their official SPD badge by a loved one.

The new officers have completed 11 weeks of state-mandated training at the Georgia Public Safety Training Center and an additional four weeks of specialized training at SPD’s Patrol School. Their loved ones took turns on the stage pinning their SPD badges on their chest for the first time.

Before the official induction, Chief Minter recognized seven military veterans and two new SPD officers who had prior law enforcement experience. He also took the time to acknowledge Officer Sheena King, who started her career as a Community Resource Officer before deciding to transition to a sworn member of the department. He went on to speak to the graduates saying, “We have and will continue to provide you with the training, equipment and support that you all need.” Chief Minter also spoke to the promotees saying, “To the sergeants and lieutenants, congratulations on your successful completion of a challenging promotional process.”

“You have chosen a very special career,” City Manager Jay Melder said to the graduates and promotees. “The City of Savannah will ask a lot of you and demand a lot of you. And in return, from my seat, I hope that you demand a lot of us. My job is to make sure you have the resources and the tools to be able to do your job well and to serve our residents, businesses and guests.” 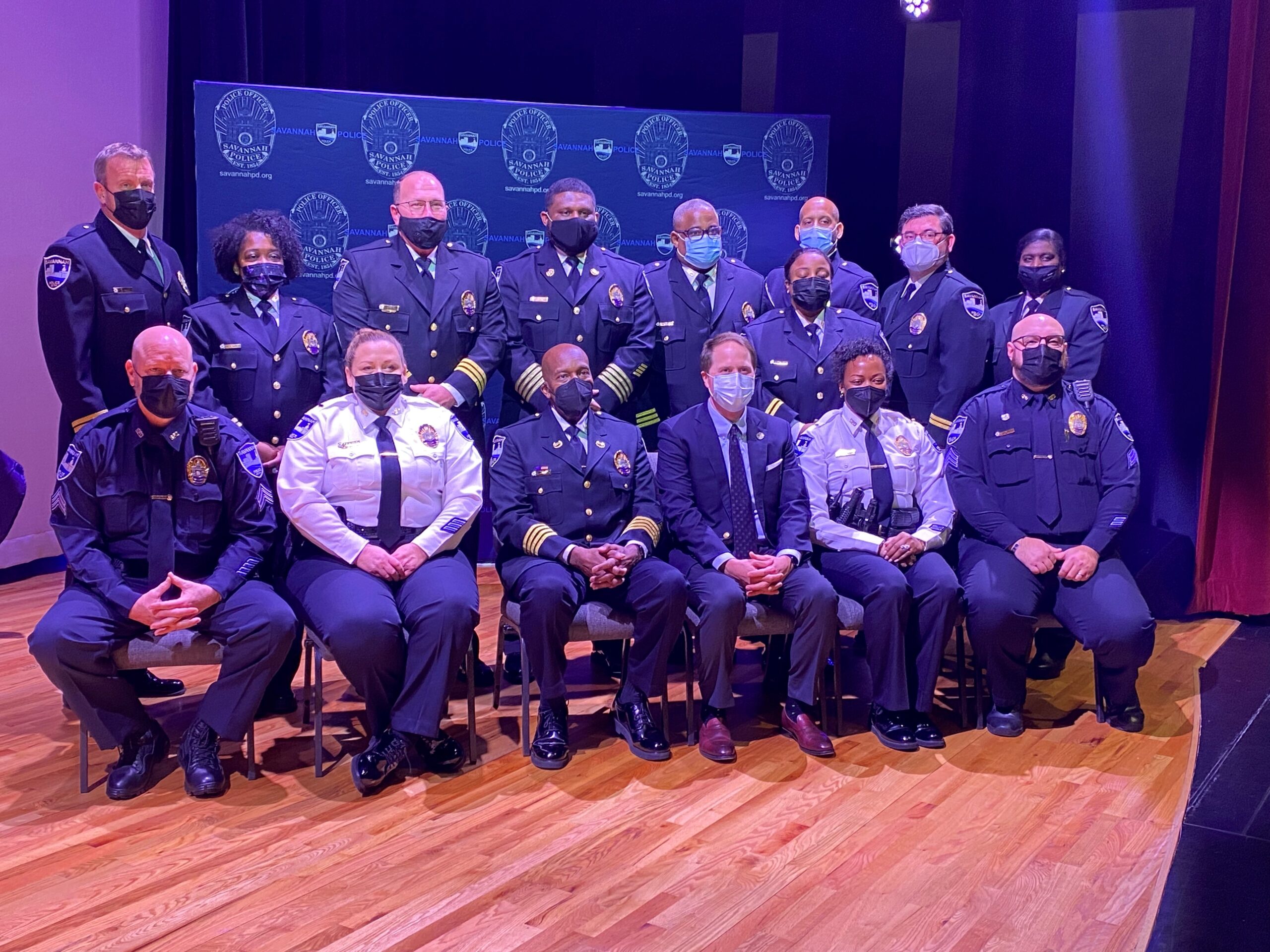 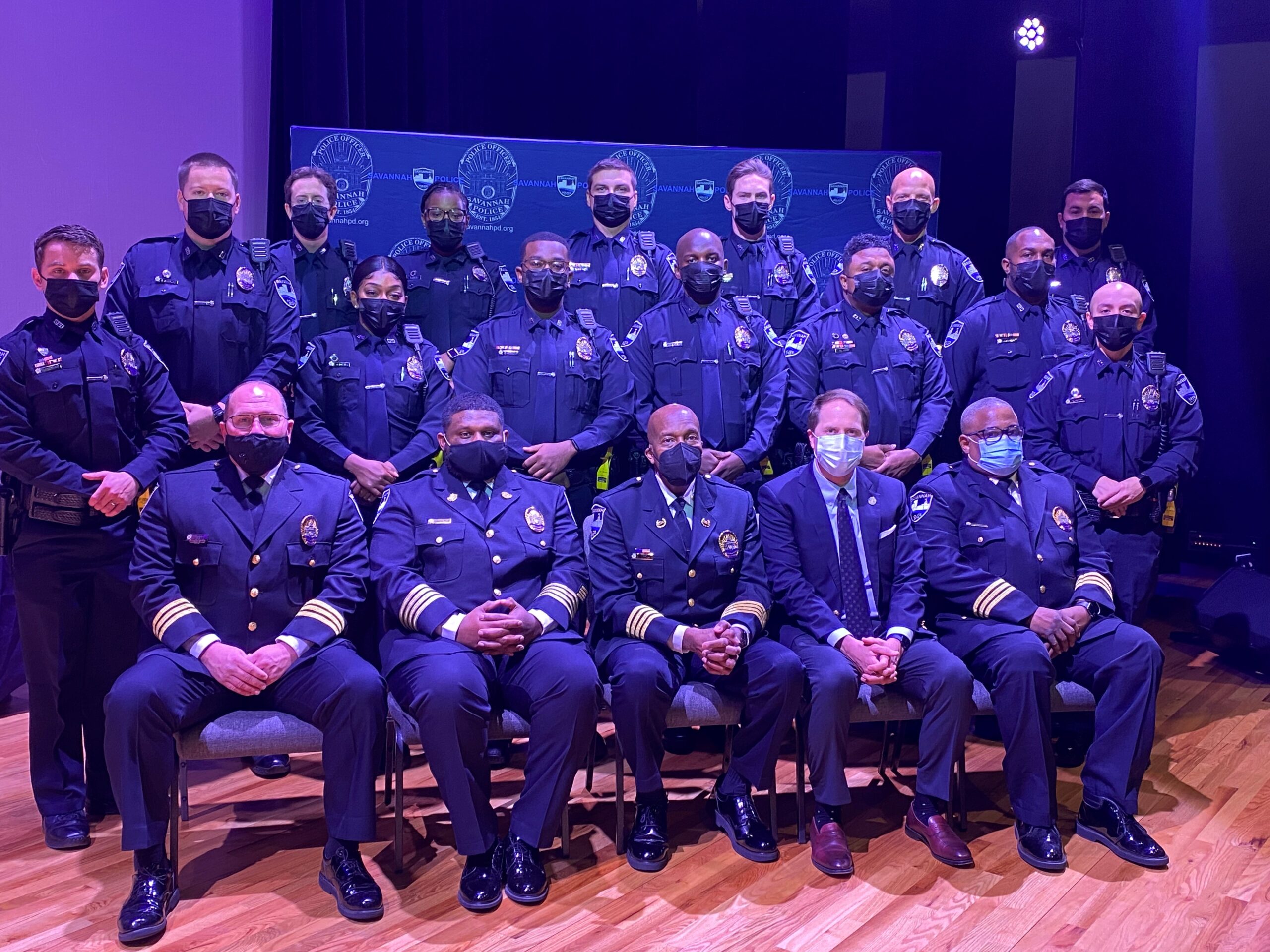