He is charged with one count of aggravated assault. Additional charges may be pending. 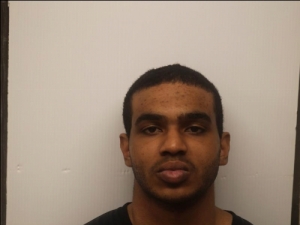 Investigators believe the suspect entered the business, located in the 100 block of East Congress Street, at approximately 10 p.m. and chose items to purchase. As the cashier attempted to assist the suspect, the assailant attacked the cashier with a sharp unknown object. The cashier was able to seek aid outside of the store before the suspect fled. The victim was transported to Memorial University Medical Center with non-life threatening but serious injuries.

The suspect is described as a male of an unknown race and tan complexion. His hair is styled in an afro with sideburns. He is believed to be short in stature and of an average build. During the incident the suspect wore black pants and a black shirt.

Investigators are asking anyone with any additional information on this incident or the identity of the suspect to contact the SCMPD tip line by dialing (912) 525-3124.