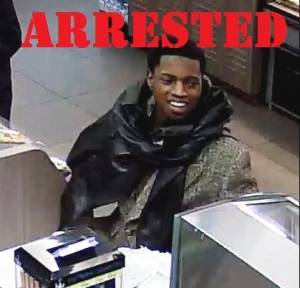 UPDATE: The suspect in this case is identified as Jamarea Mack, 22. Tuesday, Mar. 28, Mack was transported to the Savannah-Chatham Metropolitan Police Department headquarters. He was charged with armed robbery and taken into custody without incident.

Tips from citizens who viewed Mack’s photo on SCMPD social media pages and on local media outlets aided investigators in this case.

The suspect is described as a black male in his mid-20s with a slim build. During the incident, he wore a trench coat,
a wind breaker around his neck, plaid pajama pants and socks with no shoes.
Anyone with information on the suspect’s identity should call 911, or the SCMPD tip line at (912) 525-3124.