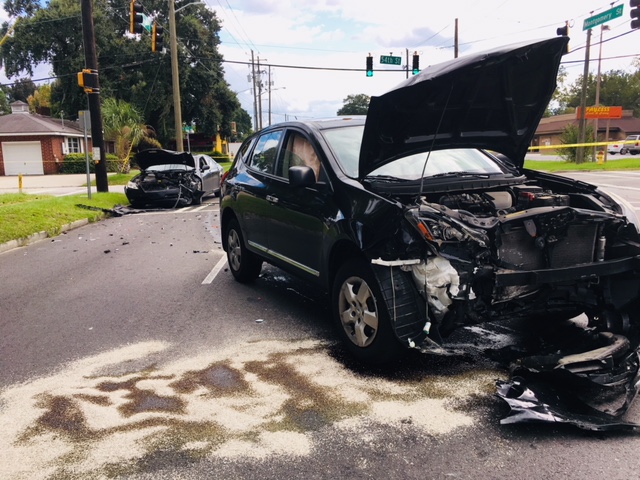 About 4:30 p.m. Jonathan Higgins, 22, who was traveling in a Nissan Rouge, attempted to turn left onto 54th Street from southbound Montgomery Street and struck a Lexus sedan that was traveling northbound. Antwan Bedgood, 38, who was driving the Lexus, sustained serious injuries in the crash.

Both drivers were transported to Memorial Medical Center for treatment.