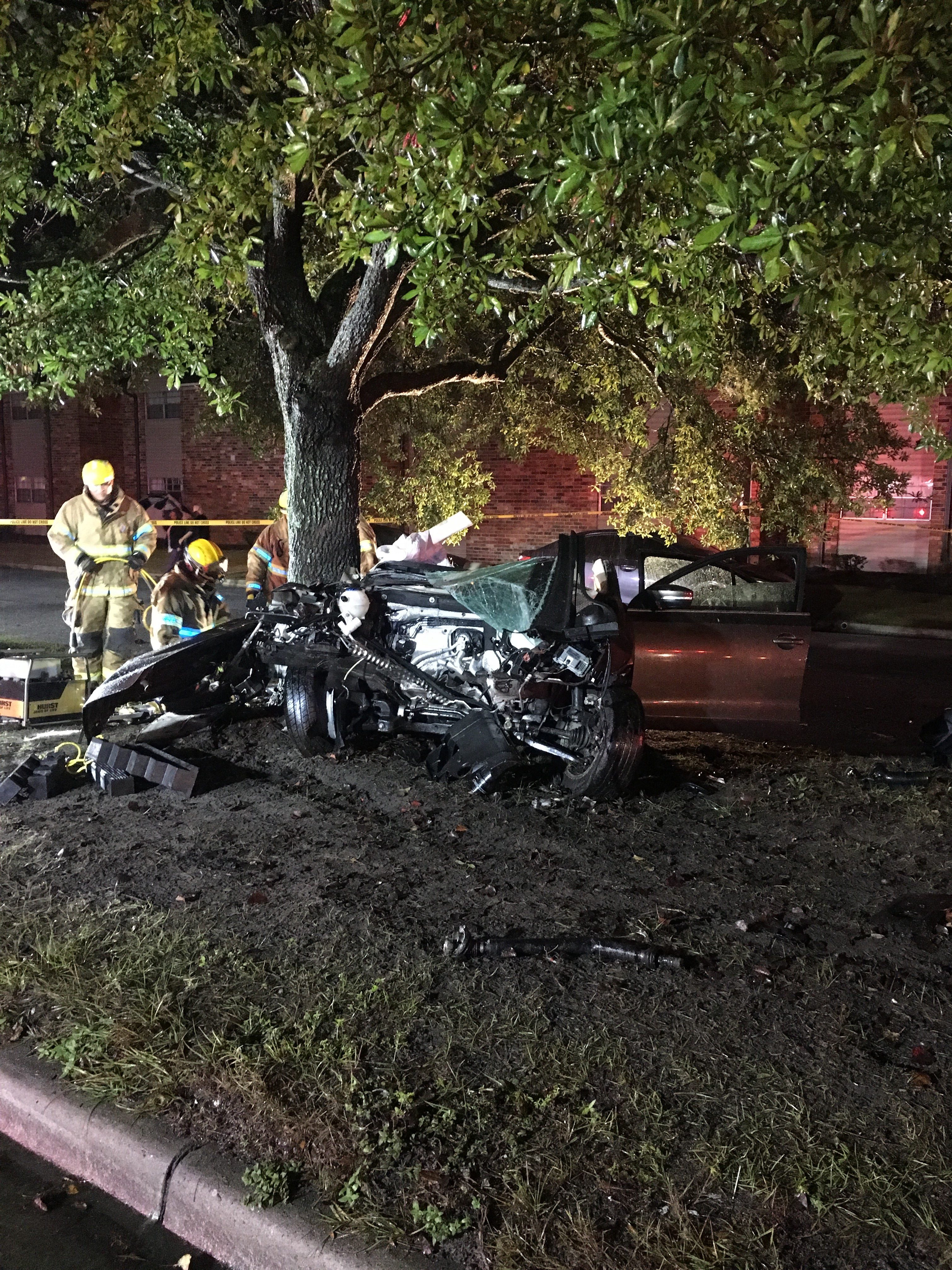 About 7:50 p.m. Dec. 14 a VW Jetta, which was driven by Paulina Corral, 27, of Richmond Hill, was traveling north on Abercorn Street when it struck the front tire area of a Jeep Wrangler that had just made a U-turn from southbound to northbound Abercorn Street at the Lewis Drive intersection. The Jetta continued to travel north where it left the road and struck a tree on the east side of the street. The impact resulted in the vehicle rotating and striking another tree.

Latasha Brown, 38, of Port Wentworth, who was driving the Wrangler, was not injured.

A Honda Civic was also damaged when a limb from one of damaged trees fell onto the parked and unoccupied vehicle.