Teen Discovers Knack for Working With Kids in SPAP 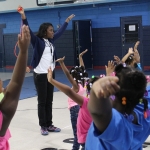 Jada Johnson, 16, was a Summer camp counselor at the Frank Callen Boys & Girls Club through SPAP.

Each day Johnson facilitated fun activities for the camp’s younger children, a job she truly enjoyed   “At first, I thought it was going to be tough,” said Johnson. “But they act just like my little cousins.”

In addition to working with small kids, Johnson said interactions with her supervisors reinforced many valuable lessons learned through SPAP such as listening, patience and having a positive attitude. 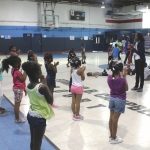 In 2016, SPAP had a huge increase in the number of qualified applicants. Johnson expressed great appreciation for her paid summer job, made possible through the program. 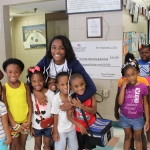 ul. I didn’t think I would be able to get it and to be able to do what I do on a daily basis,” said Johnson.

Johnson has her eyes on several career paths including, directing films, playing softball or singing. Working with small children each day taught her the vitality of being a good listener, a skill she can use in any of her potential career paths.

Johnson learned a lot and had a great SPAP experience in 2016. She plans to join SPAP again in 2017. She said landing her current positon again would be an added bonus.