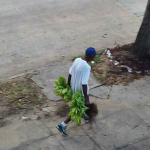 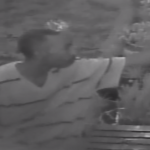 Investigators have obtained surveillance images of the suspect with some of the stolen plants in his possession. The suspect is described as a black male, between ages 50 and 60, standing 5-7 to 5-9 and weighing roughly 130-150 pounds. He has grey hair, a receding hair line and light facial hair.

The suspect is known to frequent East Victory Drive and Abercorn Street. He is sometimes seen pushing a shopping cart filled with flowers.

Anyone with information on this suspect’s identity may contact the SCMPD tip line. The tip line is open directly to investigators by dialing (912) 525-3124.