SPD Seeks to ID Persons of Interest in Investigation 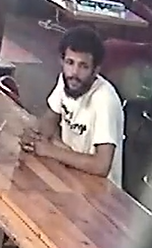