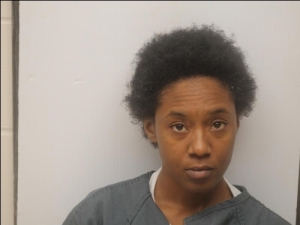 Update: Numerous tips from Crime Stoppers led to Kristen Hicks, 31, being identified as the woman in the surveillance images. Hicks was located at CCDC, where she was already serving time for a shooting on the 800 block of 32nd Street on March 11. In that incident, she was charged with aggravated assault (domestic violence act) and criminal damage to property to the second degree.

Today, she was served warrants and subsequently charged with one count of criminal damage to property in the second degree, one count of reckless conduct and one count of possession of a firearm during the commission of a crime. 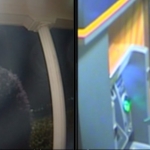 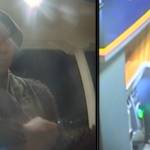 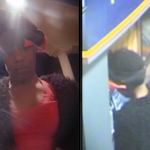 The next morning, Metro responded to the bank, located on the 10000 block of Abercorn Street, once employees reported the damage. No other structural damage or signs of forced entry were observed.

The suspect faces charges of criminal attempt at theft by taking, reckless conduct and criminal damage to property.

Anyone with information on this suspect’s identity should call CrimeStoppers at (912) 234-2020 or text CRIMES (274637) using the keyword CSTOP2020. Tipsters remain anonymous and may qualify for a cash reward.