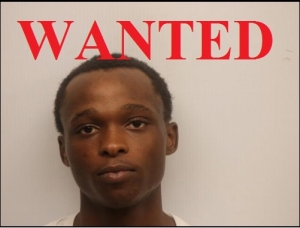 SAVANNAH, GA (November 8, 2016): Savannah-Chatham Metropolitan Police Department’s Violent Crimes detectives are seeking a suspect in a shooting that claimed the life of an 18-year-old male near the intersection of Ventura Boulevard and Pasadena Drive, Nov. 8.

Metro responded to the intersection at about 9:25 a.m. after Anthony Grant, 18, arrived at St. Joseph’s Hospital seeking care for a gunshot wound. Reportedly, the victim was outside of a residence when shots were fired. Grant later succumbed to his injuries at the hospital.

Detectives are looking for Trejan Javel Jones, 19, who is wanted in connection to this incident. Jones is a black male with short hair. He stands approximately 5 feet 6 inches tall and weighs 140 pounds. He is known to frequent the Southside area of Savannah.

Anyone with any information regarding this incident or Jones’ whereabouts is asked to contact detectives on the SCMPD tip line at (912) 525-3124.