SAVANNAH, GA (August 22, 2016): The Savannah-Chatham Metropolitan Police Department has experienced a violent weekend to include three shootings and three robberies. Of these incidents, 2 people are deceased and one is in extreme critical condition with life-threatening injuries.

We at Savannah-Chatham Metropolitan Police Department want to be as transparent as possible as we investigate these crimes. In doing so, we do not want to compromise any investigations or hinder the hard work investigators are doing to put these perpetrators behind bars.

We want to make sure the public has the information they need to remain safe and to also dispel any rumors that may increase the public’s fear of crime.

Shootings from the Weekend 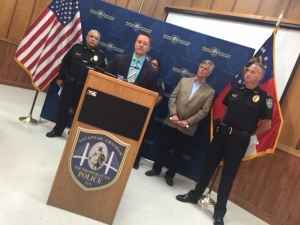