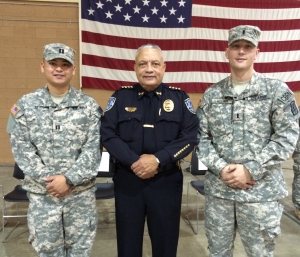 SAVANNAH, GA (April 25, 2015) – Two of the Savannah-Chatham Metropolitan Police Department’s finest officers were among the 100 Army Reserve soldiers who are preparing to deploy to the Middle East in support of Operation Enduring Freedom.

This morning Chief Joseph H. Lumpkin, Sr. spoke at their send-off ceremony, held at the Army National Guard Building on Eisenhower Drive. “I want you to know while you are deployed and serving our county, my officers we will be looking out for your families, keeping them safe until you return,” Lumpkin said in his address to the soldiers.

“It was an honor having Chief Lumpkin attend and speak at the deployment ceremony,” Tu said. “This shows our community the continued support of the SCMPD to our Armed Forces, especially the Army Reserves. As a commander of the 366th CBRN Company and a sworn officer for the department, I couldn’t be more grateful to have the Chief here today.”

The soldiers will depart Savannah tomorrow and will be deployed for a year. 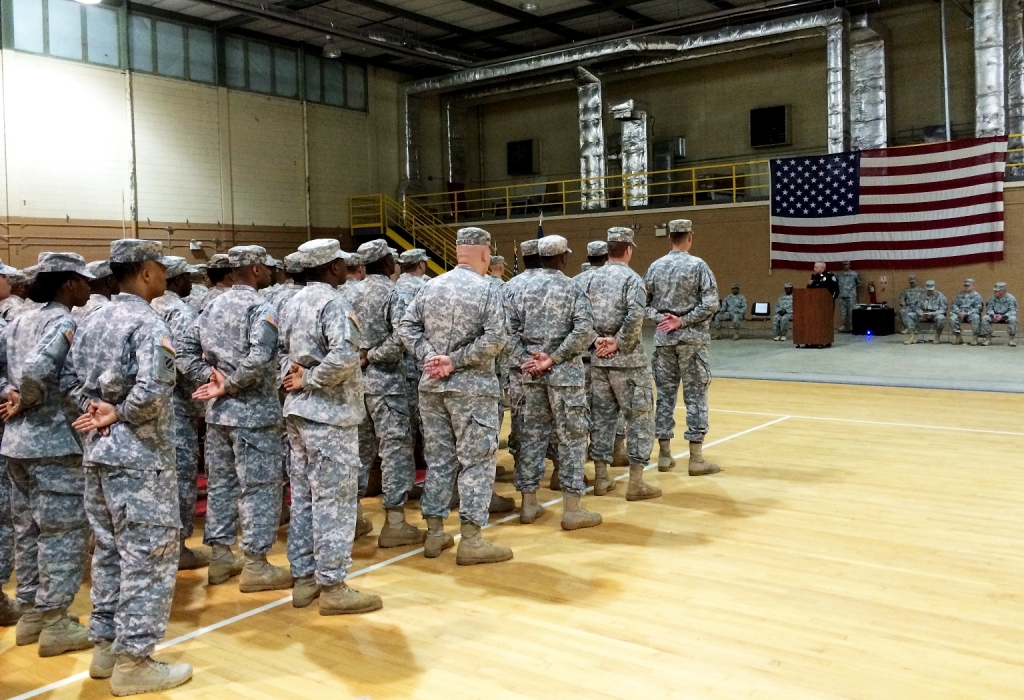