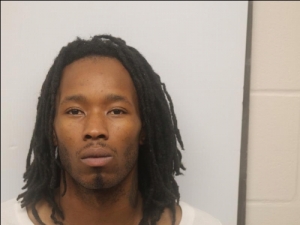 SAVANNAH, GA (April 12, 2016): Savannah-Chatham Metropolitan Police Department Violent Crimes detectives made an arrest connected with a fight March 13 that occurred near a hotel in the 400 block of West Bay Street.

Michael Donell Brown, 26, was arrested and charged with aggravated assault April 11. He was reportedly involved in the fight with three other males and struck at least two of them with a pistol. The gun discharged when Brown struck one of the victims with it.

An off-duty officer working at the hotel was able to get a license plate number, which eventually connected Brown to the investigation and subsequent arrest.