Earlier this year the City of Savannah and the SCMPD reestablished a Career Ladder to give officers an opportunity to grow and develop within the agency.

During the 2005 Police Merger the department did away with the rank of corporal and the Advanced Police Officer grade was previously not considered a “rank” and did not come with a salary increase.

Chief Lumpkin said, “It has been my goal from day one as Chief to improve the motivation, satisfaction, and performance of the SCMPD employees. It is an honor to work with so many outstanding individuals and I believe this career ladder is the first step in improving the morale on this department and the retention of our officers.”

During the event Chief Lumpkin also welcomed the SCMPD’s newest member to the force. Officer Jody Jno-Baptiste received her badge from training unit Sgt. Mark Gallipeau. Jno-Baptiste just completed SCMPD’s patrol school and has been assigned to the Southside Precinct. 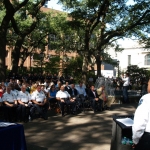 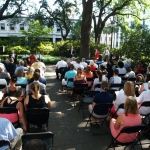 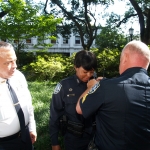 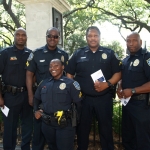 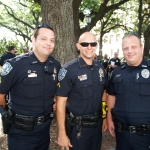 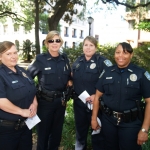 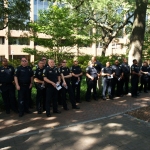 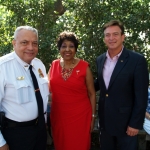 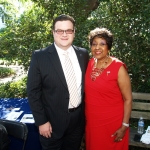 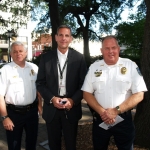 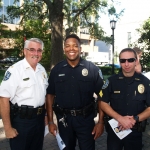 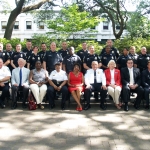 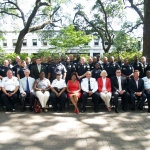