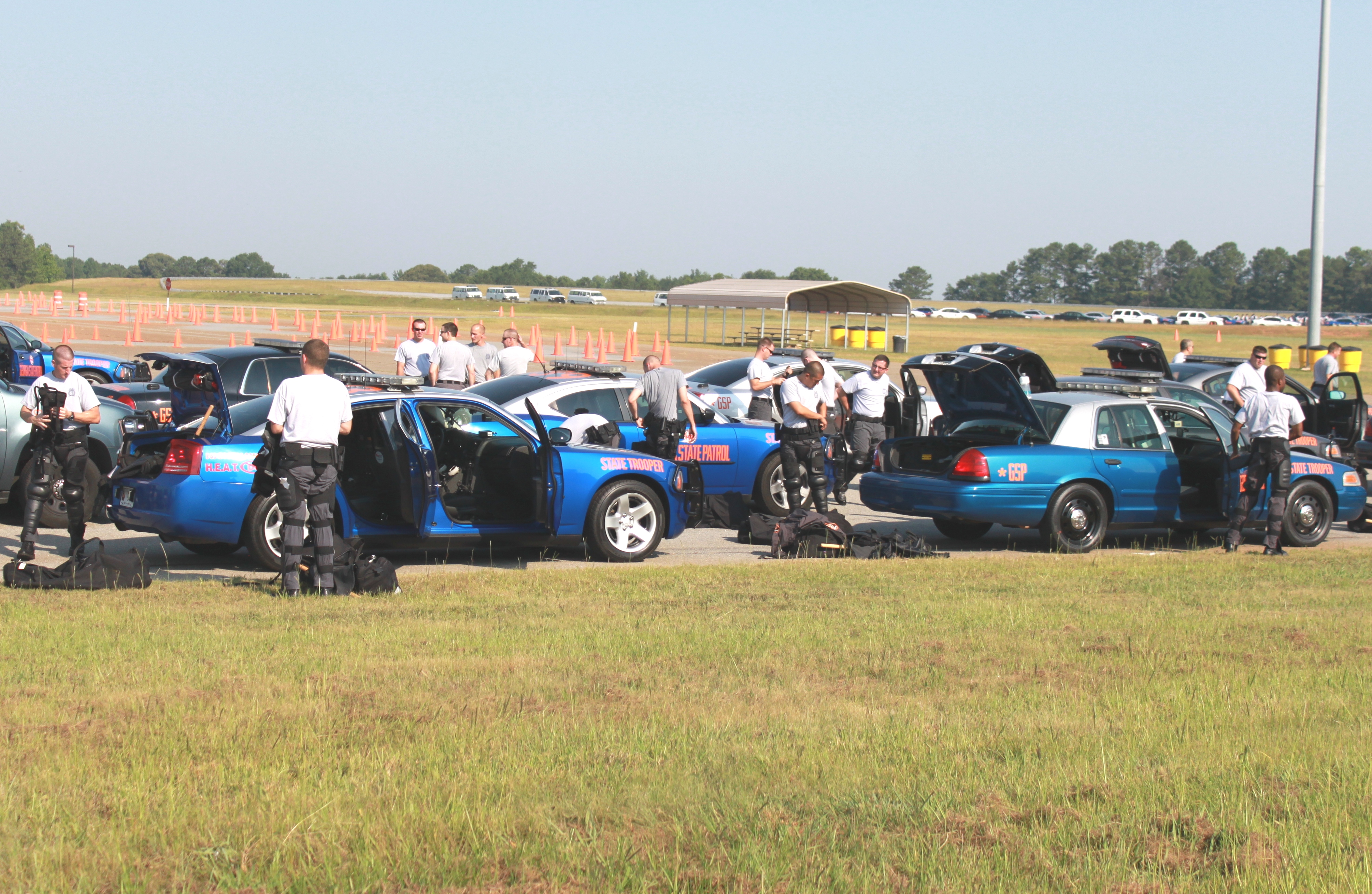 Twenty-four members of the SCMPD Mobile Field Force (MFF) and 10 members of the CCSO Corrections Emergency Response Team (CERT) trained with other departments at the Statewide Readiness Exercise at the Georgia Safety Training Center in Forsyth Friday.

The exercise simulated real world situations that emergency response teams could be called to quell, including peaceful protests, angry or volatile protests and riots.

“Volatile crowd situations like this expose innocent people to dangerous situations endanger property and can cause some crowd members to make decisions that could cost them later,” said SCMPD MFF Commander Lt. Harry Trawick.

“The Mobile Field Force must contain the crowd and minimize injury and damage as quickly as possible, and every bit of training helps. These officers need to be able to anticipate steps they will need to take and react quickly. If they have to stop and analyze every move first, restoring order could be delayed.”