August 5, 2019 UPDATE: The suspect in this case has been identified as Sheryl Pendergrass, 56. She was taken into custody without incident. Detectives would like to thank members of the community for their assistance with this case.

The incident took place around 2:15 p.m. on July 12, inside the BP gas station on the 10400 block of Abercorn Street. Surveillance footage captured video of the victim placing their wallet on the counter and a female suspect taking the wallet and exiting the business.

The suspect is described as a middle-aged black female with blonde dreads. During the incident, she wore a black headband, white and blue, striped shirt, jeans and black sandals. 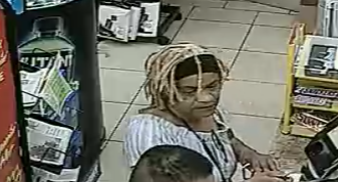 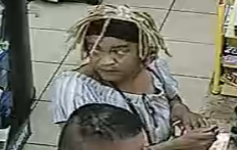 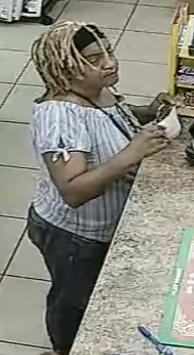 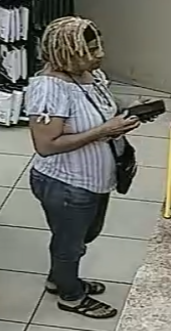