04/24 UPDATE: The suspect was identified as Averill Lee Dodd, 19. Dodd was located and taken into custody on April 23. He has been charged with four commercial burglaries.

SAVANNAH, GA (March 31, 2019) –Savannah Police Southside Precinct detectives are seeking the public’s assistance in identifying a suspect in a burglary that occurred at a gas station on March 26.

At approximately 11:30 p.m., surveillance footage captured a suspect gain entry into the El Cheapo on the 9100 block of White Bluff Road by throwing a rock through a window. The suspect then entered the building, taking various items, before exiting and fleeing towards Television Circle.

The suspect is described as a black male,  standing 5-foot-9. During the incident, he wore a black hooded jacket, black sweats and dark shoes. 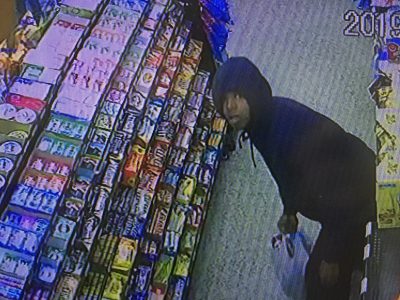 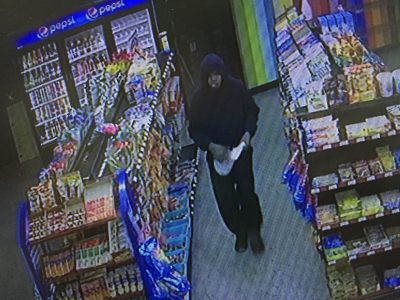