SAVANNAH, GA (February 8, 2019) – Family, friends and City of Savannah officials gathered this afternoon as the Savannah Police Department held a Promotion and Badge Pinning Ceremony at the Savannah Marriot Riverfront.

Two women and 12 men made up today’s graduating class after completing eight weeks at the Savannah Police Patrol School and 11 weeks of training at the Georgia Public Safety Training Center in Garden City. Their family and friends joined them on stage, where they were ceremoniously inducted into the department by the pinning on of their official badges.

“The Savannah Police Department has provided you with the opportunity, training and equipment you need to start your career, but our commitment doesn’t stop there,” said Chief Roy Minter to the newly graduated officers and promoted lieutenants. ” We are a family. We are here to support you, and we expect you to continue to support each other, the department and the communities we serve.”

One of the graduates surprised everyone, including his then girlfriend, when he proposed during the ceremony. “I felt nervous, excited and happy, but it helped having my new family here with me. Nathalie is a beautiful person, and I think I lucked up by being with her,” said Officer Anthony Bartelini, after he proposed to his now fiancé, Nathalie Arbelaez. “This finally finalizes that we’re in this together and that we’re one team. We’re always going to be one team now,” said Arbelaez. 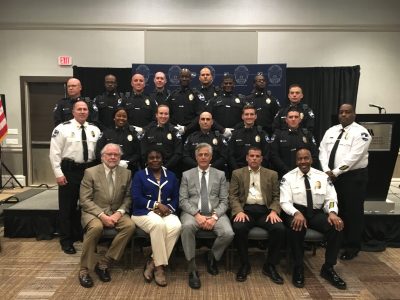 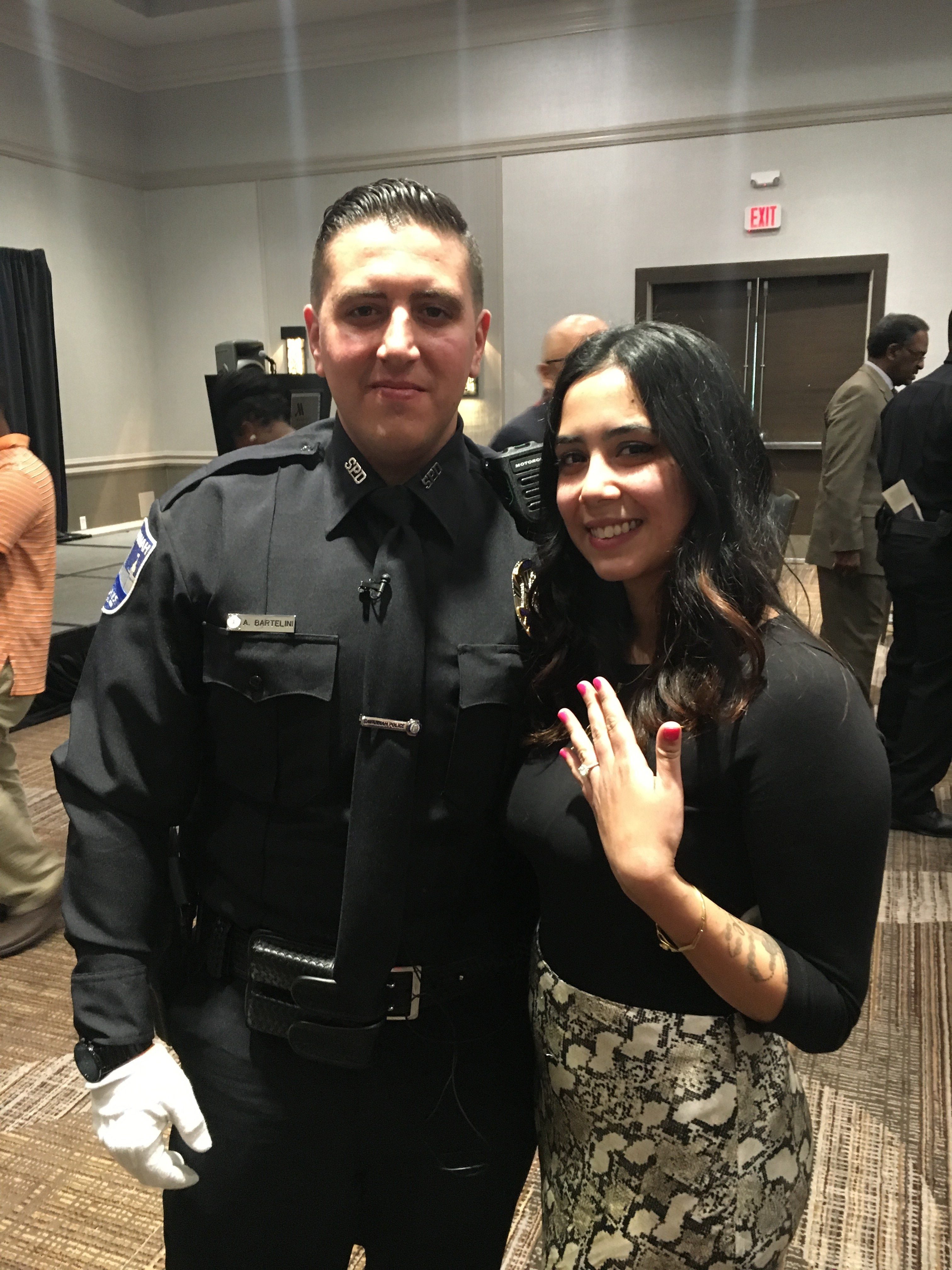 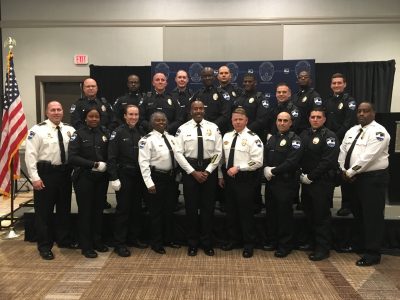