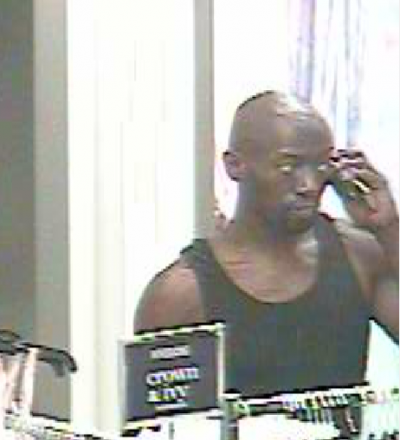 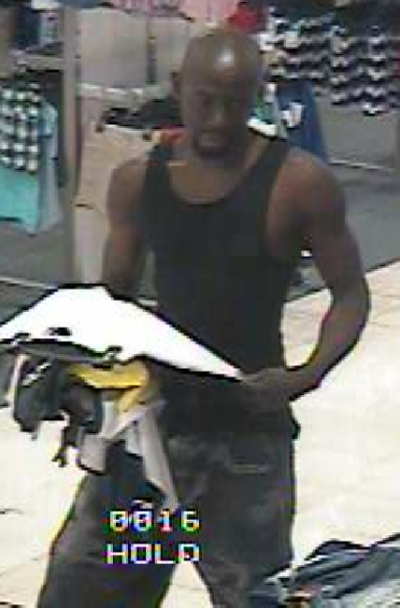 SAVANNAH, GA (July 25, 2018) – Savannah Police Southside Precinct detectives are asking for the public’s help identifying a suspect in an attempted shoplifting that occurred at a business on June 26.

The incident took place at Belk on the 7800 block of Abercorn Street at around 2:15 p.m. An adult male walked into the store and began gathering clothing. As he attempted to exit without paying for the items, an employee intervened and the male dropped the clothes. He then fled the store and was last seen jumping into a maroon Impala with Georgia tag RBX0227.

The suspect is described as a black male in his 30s, with a slim build and bald head. He was wearing a black tank top and jeans during the incident.

Anyone with information on the suspect’s identity is asked to call the SPD Southside Precinct tip line by dialing (912) 525-3100 X 1234. Information may also be forwarded to CrimeStoppers at (912) 234-2020. Tipsters remain anonymous and may qualify for a cash reward