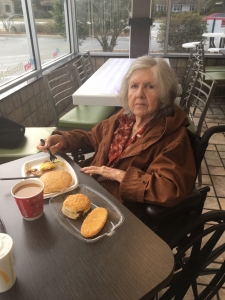 Frances Laverne Todd was last seen on Friday with a woman who is not a trusted guardian. They were traveling in a silver 2005 Mercury Grand Marquis with Georgia tag ADZ0327. Todd is wheelchair-bound, diabetic and possibly suffers from dementia or Sundowner’s Syndrome. Detectives believe Todd is at risk because she does not have her medication.

Anyone with information on her whereabouts should call 911.