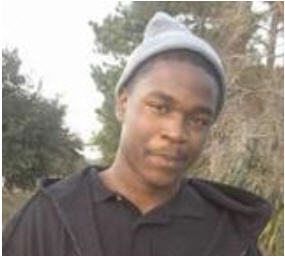 Rashard Mosley, 18, of the 1600 block of Staley Avenue, is wanted for questioning by SCMPD detectives in for a Dec. 14, 2013, armed robbery on the 10000 block of Abercorn Street, where two gunmen stole cash and several personal items from the victim.

Mosley is a black male, standing 5-8 and weighing 155 pounds. He has a tear drop tattoo under his right eye and a cross under his left eye. There are several local gang-related tattoos on his hands and arms. He is known to frequent the 8500 block of Lyn Avenue and hotels throughout Chatham County. Mosley is believed to be accompanied by a female.

Detectives ask individuals with knowledge of Mosley’s location to call 911 immediately. Do not approach him. Information can also be directed to Crimestoppers by calling (912) 234-2020 or texting CRIMES (274637) using the keyword CSTOP2020. Tipsters remain anonymous and may qualify for a cash reward.