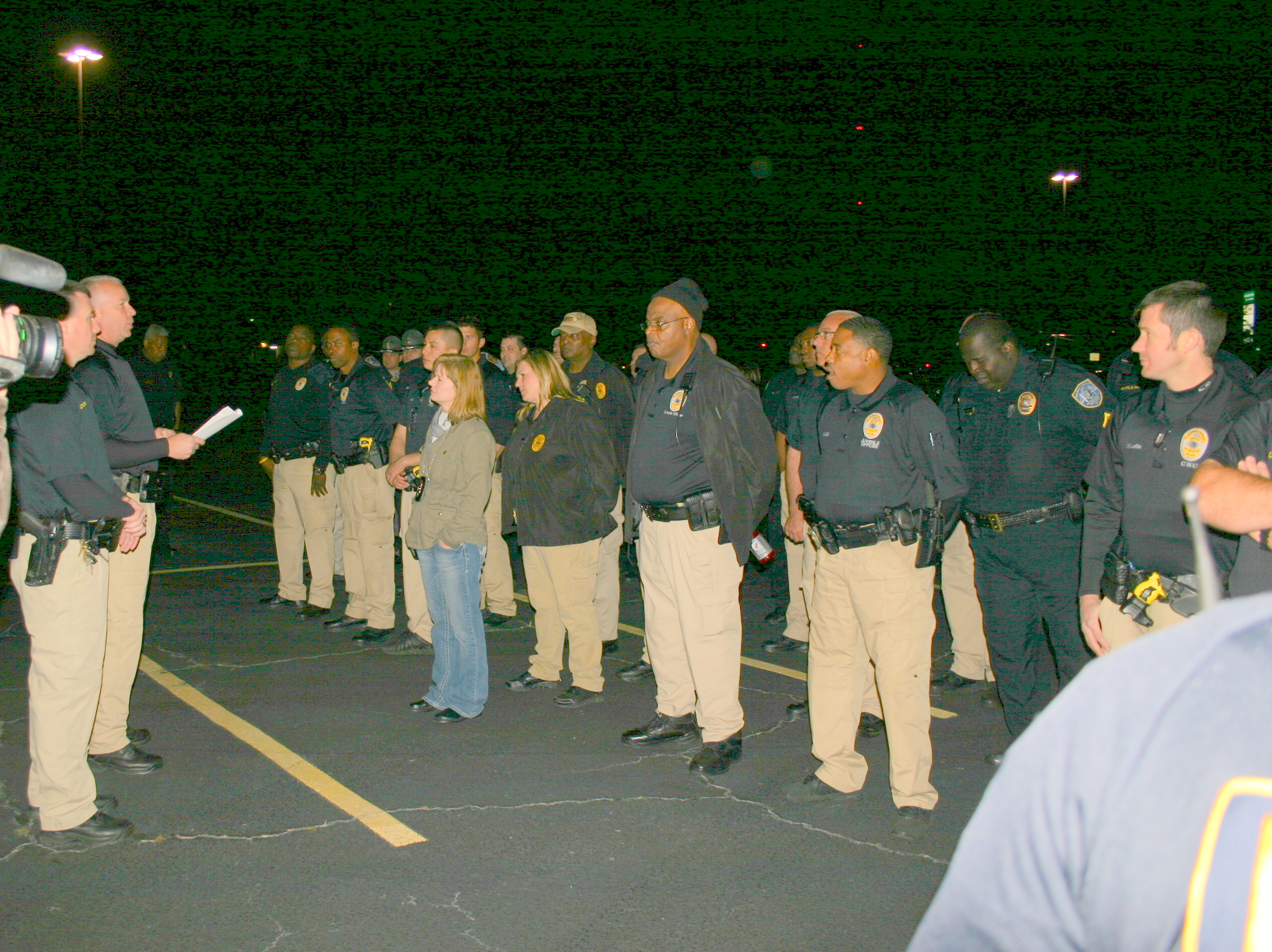 SAVANNAH, GA (February 10, 2013): Savannah-Chatham Metropolitan Police expanded their Total Focus operation this weekend with 65 units to seek out criminal actions and offenders and extend oversight others who had been released from custody.

The specialized force composed of Crime Suppression Unit officers from all five precincts and K9 units, Georgia State Patrol, Savannah Impact Program officers, and Parole, Probation and Juvenile Court officers saturated the SCMPD jurisdiction from 7:30 p.m. Friday and Saturday nights until 1:30 a.m. the following mornings. They were joined by Eagle II, the police helicopter, and a Red Cross service vehicle.

The operation was part of Police Chief Willie Lovett’s directive to interact more closely with the public to build relationships while continuing to enforce the law in neighborhoods throughout the jurisdiction.

“While we are building relationships with the residents of the neighborhoods, we also must protect them from the criminal elements among them,” said Downtown Precinct Lt. Mike Wilson, who organized and commanded the operation. “Operations such as this will continue throughout the year while we also continue efforts to build relationships with the residents we are protecting.”

The effort began in January when Downtown Precinct Lt.Katrina Hughes launched Operation SEE (Saturday, Educate and Enforce) in which she led officers on a daylight campaign to walk through West Savannah neighborhoods knocking on doors and talking with residents to offer assistance and build relationships.

At the same time, Wilson was conducting Operation Total Focus in which sent Crime Suppression Officers from all precincts to high crime areas throughout the jurisdiction to seek out illegal activities and wanted subjects.

The two operations were combined for this weekend’s activities.

They were highlighted by a pursuit by state troopers in which one man was apprehended on Ogeechee Road, and the arrest of a man in Yamacraw Village on an outstanding warrant after which 32 packets of marijuana packaged for sale were found in his possession.

The officers moved in large groups from neighborhood to neighborhood while traffic units set up traffic stops in various locations. Juvenile, Parole, Probation and SIP officers conducted visits to residences of released subjects to confirm they were abiding by the conditions of their release. One juvenile was not and was arrested.