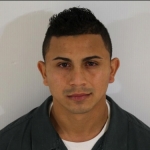 SAVANNAH, GA (December 10, 2014):  Savannah-Chatham Metropolitan Police have charged a man with rape after a visiting member of the military pointed them to a car where an unconscious woman was being attacked.

Andy Fabricio Carcamo, 22, of Pooler was arrested on Sunday, Nov. 30, after off-duty officers found him in the back seat of a locked car in a downtown parking lot with the unconscious victim about 1 a.m.

The officers – an off-duty Patrol officer and a Special Victims Unit detective — had been approached by a California man who saw two males carrying the woman towards the parking lot and became concerned. The officers approached the car and interrupted the attack on the woman who was drifting in and out of consciousness.

Metro Special Victims Unit officers are continuing to investigate the case and the possibility of other charges.

Police Chief Joseph H. Lumpkin Sr. lauded the efforts of the bystander who became involved when he realized a stranger could be in jeopardy of being harmed.

“Police can’t be everywhere at all times and this was a case where a young woman was in serious danger,” Lumpkin said. “Because of the efforts of this gentleman and these officers, a dangerous suspect is off our streets. And we may never know what additional harm to this victim was prevented.”