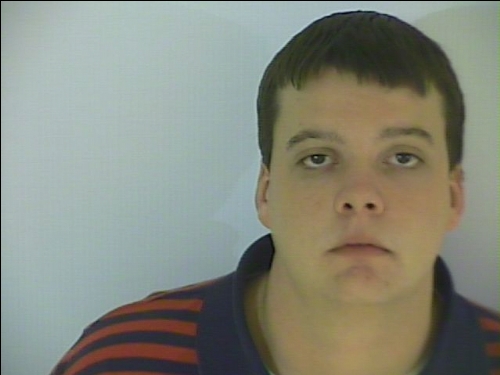 UPDATE: David Gatch was taken custody by Savannah-Chatham Metropolitan Police just after 9 a.m. for a probation violation. Special thanks to all SCMPD media and community partners for your assistance with this arrest.
===
SAVANNAH, GA. (March 26, 2014): Derrick Gatch, 24, is wanted for questioning by Violent Crimes Detectives of the Savannah-Chatham Metropolitan Police Department in reference to two March 17 shootings that left one man dead and another injured.

Gatch, a resident of the 200 block of Wiley Bottom Road is believed to have information regarding the investigation of a double shooting on the 2000 block of Mississippi Avenue that killed 24-year-old Barry Trevon Williams, of the 1900 block of Skidaway Road, and wounded Dominique Ellison, 25, of a Mississippi Avenue address.

Detectives would like to interview Gatch. He is not considered a suspect.

Gatch is described as a white male with brown hair and brown eyes. He is about 250 pounds and stands 6-6.