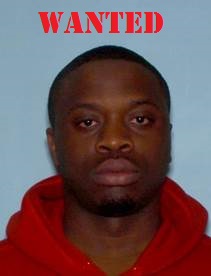 SAVANNAH, GA (October 3, 2017) –  One person has been arrested and another is being sought for harboring a murder suspect.

Euasia Rhoe, 24, was arrested today on a charge of harboring a fugitive. She is accused of harboring Tanaiveon Johnson, 17, who was previously arrested for the fatal shooting death of Arraffi Williams.

Williams, 18, died as a result of injuries sustained during a shooting at East 31st Street and Bee Road on Sept. 13. A task force consisting of SCMPD’s SWAT unit and the United States Marshals Service took Johnson into custody on Sept. 21 at Edgewater Trace Apartments on the 10700 block of Abercorn Street.

Anyone with information on his whereabouts is asked to contact police. A confidential tip line is also open directly to detectives at (912) 525-3124. Information may also be forwarded to CrimeStoppers at (912) 234-2020. Tipsters remain anonymous and may qualify for a cash reward.