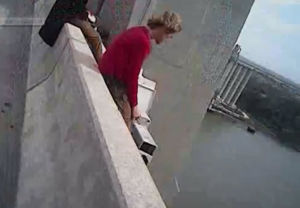 Just after 11:00 a.m. Advanced Police Officer Matthew Good and Officer Kevin Toliver responded to a call on the Talmadge Bridge. They found a man, 22, sitting on the edge of the bridge with his feet dangling over the side.

Ultimately, Good and Toliver devised a plan to rush over and grab him from behind. They were able to do this successfully and rescued the man. They took him to the hospital where he could receive treatment. 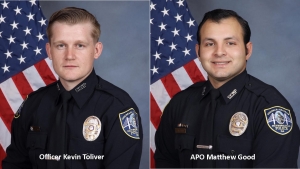 APO Good said, “I feel like we saved a young man, a 22-year-old person from a potentially life-changing, life-ending choice he almost made.”

Good has been with the SCMPD for three years, Toliver joined the agency one year ago. Both are assigned to the Downtown Precinct.