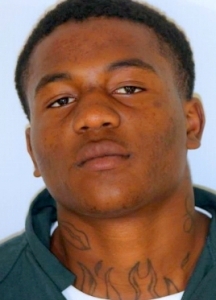 Gaytonia Jamel Johnson, 17, was arrested after police stopped a CAT bus that members of the neighborhood had watched him board and charged him with burglary and obstruction.

The homeowner arrived on the 300 block of East 53rd Street at 3:19 p.m. to find two subjects inside. They broke out a second story window and fled in different directions. The homeowner chased one and neighbors followed the other until they saw him enter a bus.

Johnson fled on foot after police stopped the bus but was caught by responding officers.

Central Precinct detectives continue to investigate in an attempt to identify the other suspect.

Anyone with information is asked to call Crimestoppers at (912) 234-2020 or text CRIMES (274637) using the keyword CSTOP2020. A Tip Line also is open directly to investigators at (912) 525-3124 and most area clergy have agreed to serve as liaisons for anyone who would like to share information with police anonymously.