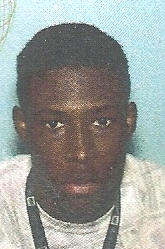 SAVANNAH, GA (January 5, 2015): Special Victims Unit detectives of the Savannah-Chatham Metropolitan Police Department  are searching for a 16-year-old male who disappeared from the Pooler area on December 14.

Robert Daniel Williams III left his residence on the 100 block of Cumberland Way about 6:30 p.m.

He is a black male, 5-foot-10, 175 pounds with black hair and brown eyes. He has been seen wearing a camouflage, hunter-style jacket and hat, black jeans and black tennis shoes. He is known to frequent Waverly Way, Pooler Parkway and the Woodville and Garden City areas.