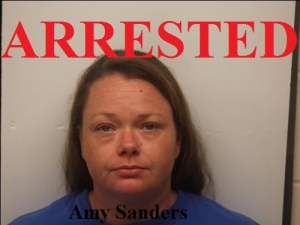 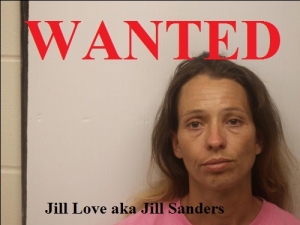 The incident occurred on Sep. 5 after a father reportedly arrived at a residence to visit his 4-year-old son. The father was greeted by the mother of the child, Jill Love, 32 at her sister, Amy Sanders’ home on the 200 block of Waycross Road. Initially, Love refused to allow visitation but the father was able to get past Love to find the child bound using a crab trap and line as well as industrial tape placed over his mouth. The father was able to remove the child from the residence and call police. The child sustained minimal injuries from the incident and is in good physical condition.

Metro obtained arrest warrants for both Love and Sanders on Sep. 9. Sanders is charged with felony cruelty to children in the first degree and was served her warrant at the Chatham County Detention Center where she was serving time on an unrelated charge.

SVU detectives are currently searching for Love who also goes by the name Jill Sanders. She is known to frequent the 300 block of Mockingbird Drive in Springfield, GA. She also has ties to the Savannah area and frequents the residence on the 200 block of Waycross Road. She is also charged with felony cruelty to children in the first degree.

Anyone with any information on Sanders’ whereabouts is asked to contact the SCMPD tip line by dialing (912) 525-3124.